‘Gay Until He Decides He’s Straight’ 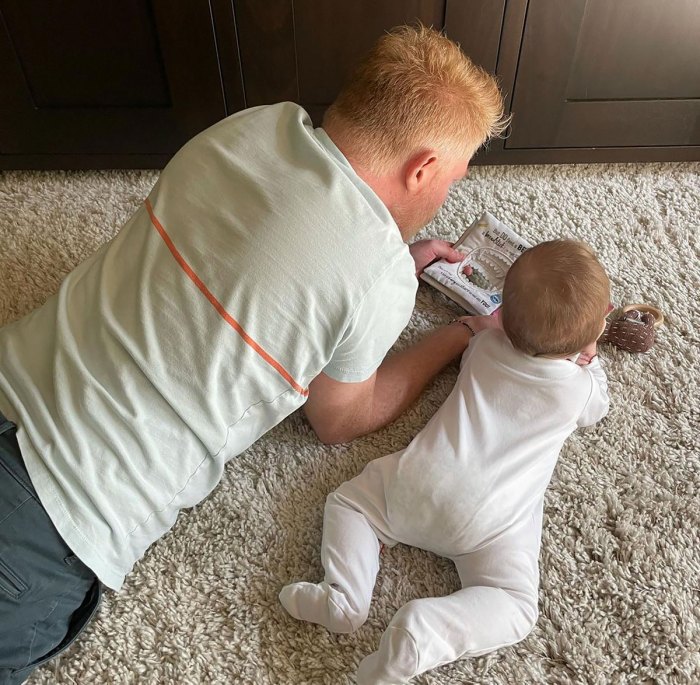 The “Modern Family” actor will “absolutely” love 8-month-old Beckett no matter what — but has been cranking up the Broadway tunes while on dad duty.

Jesse Tyler Ferguson says his 8-month-old son, Beckett Mercer, is getting an early exposure to both of his dads’ talents and cultural interests.

Appearing on “The Ellen DeGeneres Show” Tuesday,  the “Modern Family” actor said he and husband Justin Mikita have been enjoying first-time parenthood ― but he acknowledged it’s come with a bit of a learning curve.

“We’re still figuring out his personality,” Ferguson said. “This is the funny thing about kids they don’t tell you. It’s a new person in your life, and just like anyone else that comes into your life, you gotta figure out if you like them. It takes a little bit of time.”

When asked if he sings to Beckett, Ferguson said the soundtrack in his son’s nursery has thus far consisted of musical theater and Britney Spears.

“It’s a lot of show tunes, because that’s what I like,” quipped the actor, who has appeared in the musicals “On the Town” and “The 25th Annual Putnam County Spelling Bee” on Broadway. “So, you know, we’re raising him gay until he decides he’s straight.”

All kidding aside, Ferguson said he and Mikita will “absolutely” love their son regardless of his sexuality or gender identity, and will be happy to let him “do whatever he likes” as he grows older.

Elsewhere in the interview, the actor opened up about his new venture as the co-author of a new cookbook, “Food Between Friends,” out Tuesday. He also touched on the documentary he co-produced, “Welcome to Chechnya,” which many critics predict will be an Academy Awards favorite.