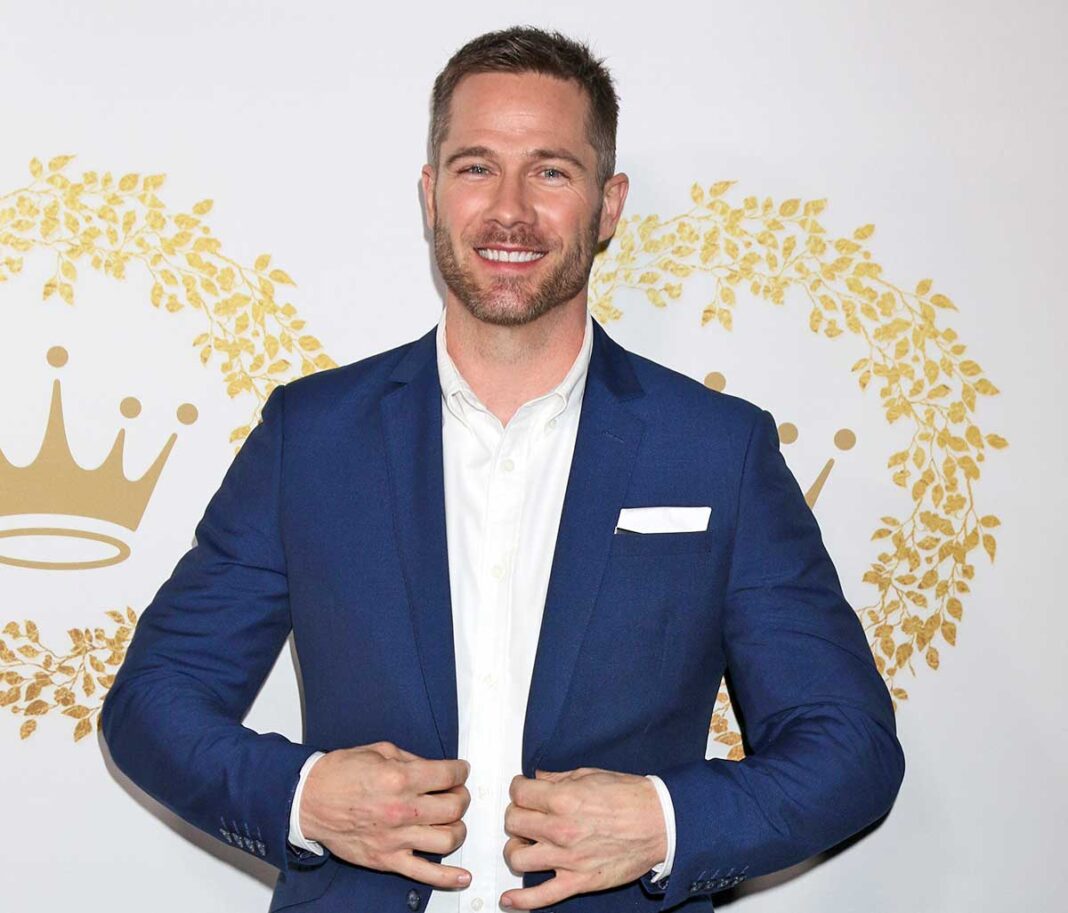 A Christmas-themed rom-com going where Hallmark still hasn’t, “Single All the Way” promises to turn Netflix into a queer Santa’s Village.

Michael Mayer, the Tony Award-winning director of “Spring Awakening,” is taking on the project that stars Michael Urie, newcomer Philemon Chambers and veteran Hallmark Channel leading man Luke Macfarlane (who is openly gay but who routinely shows up on that network to romance all sorts of heterosexual women). Urie plays a man whose mother wants him to settle down and get married, so he brings his best friend (Chambers) home for the holidays to trick Mom into thinking he’s finally taken the monogamy plunge. Meanwhile, the matriarch has other plans, fixing up her son with a local personal trainer (Macfarlane, who’ll then have a character-based reason to be shirtless). There’ll be supporting turns from Barry Bostwick (“The Rocky Horror Picture Show”), Jennifer Coolidge (“Promising Young Woman”) and Kathy Najimy (“Veep”). And we’ll be watching it just to support the cause, obviously, but after seeing every basic cable variation on the Christmas rom-com under the sun, what we’re looking for here is a happy throuple ending. Netflix, make it so.

Queer actress Natalie Morales (“Dead to Me,” “Parks and Recreation”) has directed her first feature film, “Language Lessons.” Shot during the pandemic, primarily over Zoom, it stars Morales as a Spanish language tutor and Mark Duplass as a gay man (yes, the queer woman plays hetero and the hetero man plays gay and that’s why it’s called acting). They connect for what is at first a business transaction, but their connection grows deeper and more intense over time, especially when unexpected tragedy enters the picture. Duplass wrote and produced the film, which recently premiered at South by Southwest, and its complex approach to human relationships, especially those forged online, is a rarity. Think about it: When was the last movie you saw about the growth, nurturing and fracturing of a platonic friendship? Look for this one sometime later in the coming year, maybe even when arthouse theaters reopen for big screen entertainment again.

Raven-Symoné is coming over to judge your furniture

Raven-Symoné got married to her partner Miranda Maday in the middle of the pandemic. And if that weren’t celebratory enough news for the 30-something TV veteran, she’s also got a new series coming to HGTV. If you remember the fashion makeover show “What Not to Wear,” you’ll understand the premise of “What Not to Design.” (That’s the working title; it’s… fine.) Raven-Symoné and her team of experts, designer Nina Ferrer (“Design Star”) and craftsman James Worsham, will swoop into badly furnished homes – they’re coming for your wildly overgrown Funko Pop collection, so tremble – and lovingly convince the inhabitants to turn from their bad-taste ways and get a lot of new free furniture in the process. We love a reality show that both punishes and rewards, and we believe in the Raven-Symoné’s inalienable right to entertainment world domination, so this ought to be a lot of fun.

There is no overestimating the importance of Pee-wee Herman to the cultural landscape of the 1980s. This may sound like hyperbole but it’s not. Weirdness, queerness and Mr. T Cereal-ness were his love languages, and it’s all because of his real-life alter ego, comic actor Paul Reubens. And because Reubens’ magical character — a persona built on stage with Los Angeles’ Groundlings comedy group — first gained national exposure on an early ’80s HBO special, it’s only fitting that HBO would become the home to a two-part documentary film about Reubens and his career. To be directed by Matt Wolf (“Spaceship Earth”), the film will be produced by “Uncut Gems” directors Josh and Benny Safdie, Sebastian Bear-McClard and “Joker” producer Emma Tillinger Koskoff. This will be a rare moment in the career of the extremely private Reubens that he allows the outside world to enter his life; longtime fans are going to love it, and probably want to marry it.

Romeo San Vicente knows the secret word of the day and will scream real loud when you accidentally say it.