We can’t afford a Level 5 lockdown in Gauteng 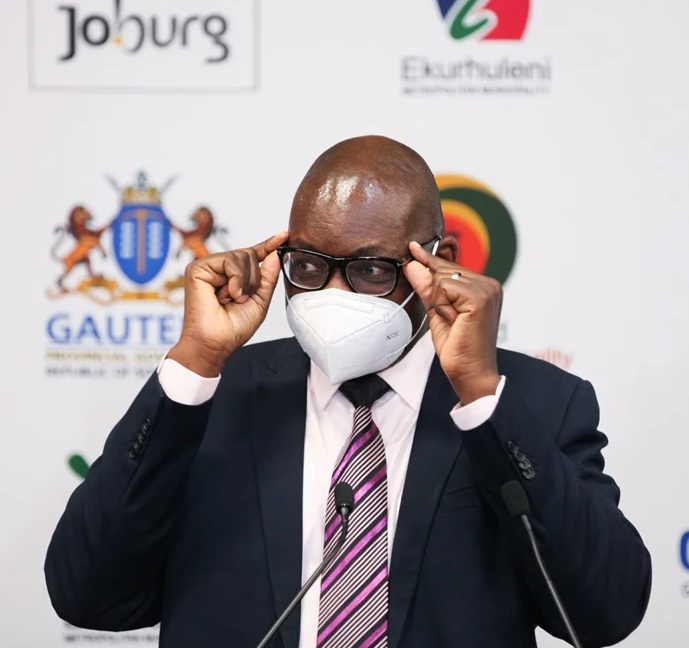 Gauteng Premier David Makhura has ruled out the possibility of implementing a Level 5 lockdown in the province, despite a staggering increase in Covid-19 cases there.

In his budget vote speech on Thursday, he told the provincial legislature that the government was closely monitoring the situation.

“The various centres of the economy are recovering. So, we can’t disrupt that recovery. We cannot afford [it] … we can’t shut down the economy. We can’t afford [for] people to stay at home like during Level 5 of the first wave because we don’t have the resources to support people [while they] stay at home.

Makhura added that law enforcement was crucial when it came to the adherence of regulations.

“Whatever measures we take, a lot of them have to do with enforcing those that are there at Level 3. And yesterday, we met with law enforcement. You’re going to see a lot of increased dramatic operations by our law enforcement agencies just to enforce [regulations] in various places – funerals, restaurants, malls [and] various public spaces – to ensure that people comply with the current restrictions,” he said.

The premier announced that parts of the Charlotte Maxeke Johannesburg Academic Hospital, which was closed after a devastating fire, would reopen from Monday to ease the burden on other medical facilities.

He admitted that the delay affected the Covid-19 response and added that it impacted all tertiary hospitals in the province, including the Steve Biko Academic Hospital, Chris Hani Baragwanath Hospital and regional hospitals.

This was unacceptable, he said.

Any more delays will [be costly], not just [for] our Covid response, but [it could cause] serious clinical risks [for] the well-being of many patients who normally go to Charlotte Maxeke for other services. So, its closure has had a severe impact on the healthcare system. Over the past eight weeks, the provincial government departments, especially, DID ( the Department of Infrastructure Development) have been working with the City of Johannesburg on addressing the structural issues and impact of the fire and identifying all the issues, especially by the City, around compliance with the building regulations, especially the fire regulations.

Makhura said the province had received a report from structural engineers that said several blocks within the hospital were not badly affected and could operate. However, Block 4 had been damaged completely.

The oncology sector was ready to open with full compliance and the first oncology patients will be allowed on the premises on Monday.

However, the hospital will only be fully functional by September.

Makhura said the province was focusing on increasing bed capacity even if it meant reactivating field hospitals the province had.

“You know, we’ve had Nasrec hospital and some members in this house were constantly saying that the hospital was not being utilised and must be closed. We are looking at reactivating that because working with the private sector again, we don’t want to leave any facility in our provinces that can help us to save lives,” he said.

He added that he also asked the finance department to work with the health department to ensure that they come up with plans for an increase in hospital staff. He said the private medical sector was also experiencing an issue with the recruitment of nurses.

“We’re going to be working together on this to increase the capacity, including the new core of doctors who’ve completed their training. We’re doing everything to ensure that they can be brought to the system,” he added.

The premier said they had joined forces with non-governmental organisations (NGOs), like the Gift of the Givers Foundation, which was willing to offer some of its paramedics.

Turning to the vaccination rollout, he said: “I’m glad to announce that from the first of July…we will open vaccinations for law enforcement officers to get them on board with the vaccination [programme], like we’re doing with the teachers.”