Lope Navo Gives It to You ‘Raw’ in His Book 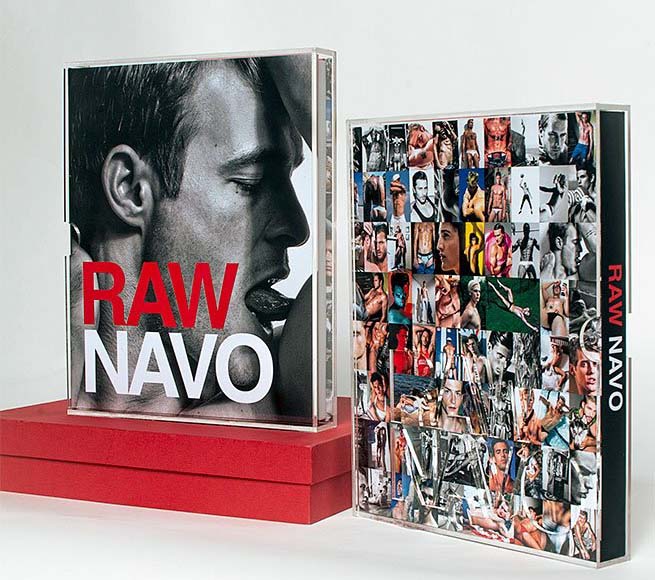 In an age of facial recognition, algorithms, social media, drones, and CCTV, Lope Navo emerged as a self-taught “symmetry scientist.”

The first of his kind, in a world obsessed with beauty and youth, he is a mathematical genius. Navo, a Filipino native, is the epitome of the word “perfectionist.” Already a household name for his erotically charged photographs, Navo’s highly controversial 122 pages hardcover book Stark published in 2009, that almost cost him his career.

The long-overdue follow-up, RAW, 196 pages of men, is finally released this year via Amazon. Manu Grosso, the former Hercules magazine editor, described Lope Navo’s images as — “a constant tension between the colossal and the intimate, the heroic and the human, the stone and the flesh, the classical and the modern, the explosive celebration and a sensuous contemplation.” RAW features the sexiest male specimens living today — from actors to supermodels, firemen to adventurers, acrobats to dancers, pro ultra-runners to gym instructors, and fellow photographers to surfers.

“It is the immediacy of Lope Navo’s photos of men that grab us…” says Christopher Harrity of The Advocate magazine, writing in the foreword of the book. “The kinetic moment feels as if captured by luck, by magic, by an animal instinct. The toil of a studied photo portrait with studio assistants and publishers seems to not be a part of this sudden moment. A mixture of trust and a preternatural inner sense of when to release the shutter is a skill born of years of practice and surrender to the moment.”

PrevPreviousJacob Zuma Behind Bars
NextIvermectin use in Indonesia, Malaysia, IndiaNext