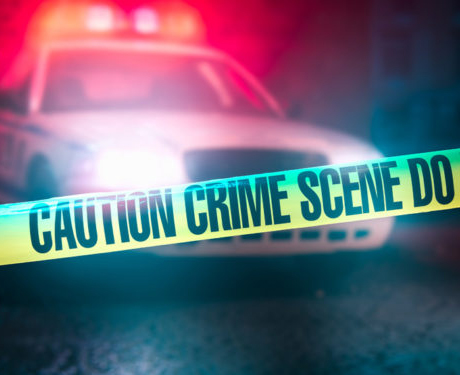 New psychology research suggests that heterosexual men sometimes downplay their compassion for masculine victims of hate crimes to reinforce the boundary between themselves and gay men. The findings indicate that heterosexual men are less willing to exhibit compassion for male victims when they feel that gay individuals undercut their ability to maintain a distinct social identity.

The study has been published in the European Journal of Social Psychology.

“As I dug into the literature on hate crime, especially concerning the LGBTQ+ community, it became clear that there was a certain level of fixation on ‘homophobia’ as the default explanation for almost any sort of uneasy relations between this community and straight individuals,” explained study author Chuma Owuamalam, an associate professor of social psychology at the University of Nottingham Malaysia.

“So, I wondered whether there were other processes beyond the standard homophobia explanation that could help us better understand relations between straight and homosexual men, especially in the context of reactions to hate crime affecting the LGBTQ+ community.”

In the experiments, the participants read a fictitious news article about a hate crime that occurred in 2019. The participants were randomly assigned to one of two conditions. In one condition, the victim (Mr. M) was described using masculine stereotypes. For instance, he was said to have played football in high school and liked working with tools. In the other condition, Mr. M was described using feminine stereotypes — he liked to go shopping for clothes and operated a makeup channel on YouTube.

In the masculine condition, heterosexual men were less likely to agree with statements such as “If gay men need my help, I want to offer it,” “I am heartbroken for Mr. M, and I would help if the opportunity arises,” and “I am deeply hurt to learn about Mr. M’s plight, and I’d do whatever it takes to help.”

This was particularly true among those who displayed a higher degree of distinctiveness threat, meaning they agreed more strongly with statements such as “As a straight man, I sometimes question my own masculinity when I come across gay men like Mr. M.”

“We found that certain identity-related processes (e.g. the need to maintain a distinctly positive social image) can play a significant role in explaining the degree to which straight men react compassionately towards gay victims of hate crime,” Owuamalam told PsyPost.

“An easy takeaway from our investigation is that not every single instance of less positive interactions with the LGBTQ+ community is necessarily ill-intended. The need to maintain a distinct positively valued social identity can sometimes undermine straight men’s ability to show the ordinarily straightforward human emotion of compassion in dire times (such as hate crime scenarios), especially when it comes to masculine homosexual individuals.”

But as with any study, the new findings include some caveats.

“The phenomenon we described in our paper does not describe any specific individual, but instead shows how straight men, on average, responded to masculine (vs. feminine) gay victims of a hate crime,” Owuamalam said. “Identity threat might not also be the only explanation for the ‘compassion downplays’ that we found – it is possible that homophobia could play a role too, although we show that the processes we speak about were visible when homophobia was statistically held constant.”

“In terms of what next, the biggest question for me is why does holding a chivalrous attitude increase (not deflate) compassionate reactions towards masculine (relative to feminine) gay victims of hate crime?” Owuamalam explained. “This pattern (which we incidentally uncovered in our last study) is counterintuitive because one would expect the chivalrous (noblesse oblige) attitude to be most visible when considering feminized (not masculinized) characters.”

The study, “Heterosexual men in Trump’s America downplay compassion more for masculine (than for feminine) gay victims of hate crime due to identity threat“, was authored by Chuma Kevin Owuamalam and Andrea Soledad Matos.