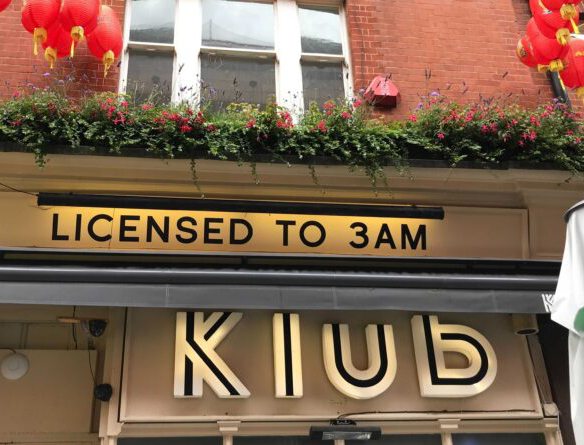 One of London’s most iconic LGBTQ+ venues has been allowed to open late to help it fight huge losses from the pandemic.

KU Bar will stay open until 1am at its sites in China Town and Soho from August 2 after Westminster Council made a rare exception to extend the company’s alcohol license.

The council received 32 letters of support from the London Mayor’s office, neighbours and LGBTQ+ activists wanting the 26-year-old bar to bounce back from its pandemic losses.

The bar lost over £2m when it was forced to pay its £400,000 rents with no method of income when the country was cast into lockdown.

Gary Henshaw, who owns KU Bar, lesbian venue She and Little KU, said: “I have put my neck on the line. It is so important to see that we are different.

“I took a full page advert out in West End Extra to say thank you.”

In the past decade 60 per cent of LGBTQ+ venues in London have closed with 13 venues recently closing in Westminster alone, a recent study found.

The City of Westminster now has just 21 LGBTQ+ venues left according to council documents.

She said: “Gary tirelessly raises awareness and funds for HIV and AIDS. KU bar and Gary Henshaw make that difference in our Soho community that’s vital for our survival.

“We have our functions and celebrations at KU Bar, where we also have the support of Kensington Palace and Chelsea Football group.”

The bar and nightclub regularly helps test people for HIV and allows a large range of Soho groups to use its dance floor during the day.