Superman Will Soon Be Announced As Gay. 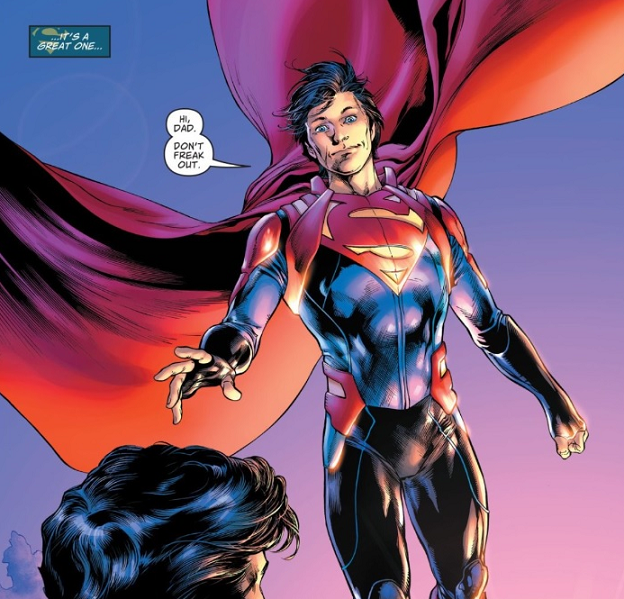 DC is showing its pride by expanding its LGBT+ representation with some of its most iconic characters. The newest Superman, Jonathan Kent, Clark Kent’s son, will be announced to be gay, according to former DC Comics artist Ethan Van Sciver who said this is coming on a stream from his YouTube channel.

In the video, the Green Lantern artist claims that DC has had issues with the Superman trademark from the families of the creators’ Jerry Siegel and Joe Shuster. He goes on to talk about how the creators did not see much return on their iconic hero, meanwhile DC as a company made billions. So, to avoid troubles from the family, the new direction for the character has them focusing on Jonathan instead of Clark.

The recent comic book hit Superman: Son of Kal-El by Tom Taylor will see Jonathan come out at some point in the series. It focuses on the young hero taking up the mantel after his father is out of the picture. It is a coming-of-age type of story as he and his friend, Damian Wayne, find their own identities as superheroes and not living in the shadow of their fathers. That led to Jonathan having his own statement, saying “truth, justice, and a better world,” erasing the “American way” from his father’s catchphrase.

It would be fitting for DC to move Jonathan to be gay to further cement its movement for LGBT+ representation. Since the news from earlier this year that the comic book company will focus more on Jonathan Kent than Clark as the leading Superman, the creators will need to give him a deep identity to separate the character from his father’s long-standing reign as the hero. Only time will tell if this news is true as the following issues start to release, possibly revealing the character’s sexuality.