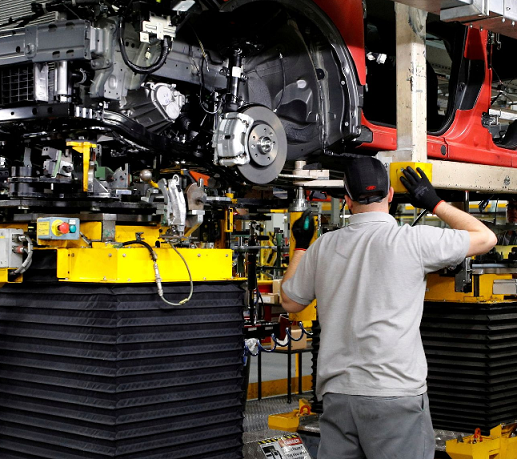 Manufacturers had to grapple with the dual challenge of workers being ordered to self-isolate and a worldwide dearth of semiconductors.

UK car production fell to its lowest July level in 65 years last month thanks to the global chip shortage and the “pingdemic”, industry figures show.

Just 53,438 vehicles rolled off production lines in Britain, down by 37.6% on last year, according to the Society of Motor Manufacturers and Traders (SMMT).

It represented the worst July performance since 1956, the SMMT said.

Manufacturers were forced to grapple with staff shortages due to workers being “pinged” as well as the worldwide shortage of semiconductor chips that has been affecting product makers from Apple to Toyota.

The problem of workers being ordered to self-isolate by the COVID-19 app saw car makers in some cases alter summer shutdown timetables to help manage the situation, the SMMT said.

Sky News reported at the time that Rolls-Royce Motor Cars, Vauxhall, and Nissan were among those affected.

But the SMMT said that while changing self-isolation rules should see this issue fade, the chip shortage showed no sign of abating.