Here’s the real meaning of ‘Comirnaty’. 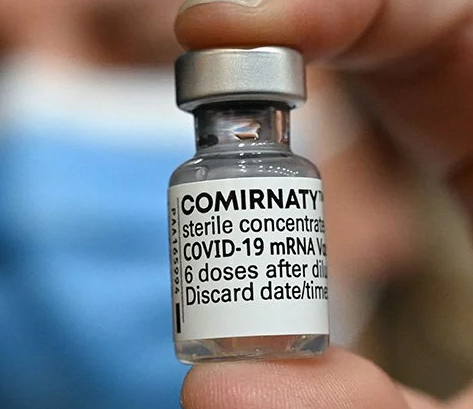 Comirnaty is a carefully chosen mashup of COVID-19, messenger RNA, community, and immunity, according to the company that came up with the name.

Scott Piergrossi, the president of operations and communications at the Brand Institute, a drug-naming company, said Comirnaty was “coined from COVID-19 immunity,” per Fierce Pharma, with the middle section representing the mRNA-based technology behind the vaccine.

“So that’s the Co- prefix, followed by the mRNA in the middle, and ending with the -ty suffix, which nods to both community and immunity,” he said.

As a whole, “the name is meant to evoke the word community,” he said.

Pfizer and BioNTech said when the name was first adopted by the European Medicines Agency in December that it was chosen to highlight the “first authorization of an mRNA vaccine as well as the joint global efforts that made that achievement possible.”

It’s not easy getting a name rubber-stamped by the FDA, which details its requirements in a 42-page document.

Drug names should be memorable, not easily confused with other medicines, and easily spelled. They’re allowed to refer to the drug’s technology, such as mRNA, but not to any active ingredients.

Other names that Pfizer and BioNTech filed to the US Patent and Trademark Office included Covuity, RnaxCovi, Kovimerna, and RNXtract.

Piergrossi told Fierce Pharma that “ultimately the formula for success in naming is a strong distinctive name with meaning that over time will hopefully [come to] stand for or symbolize the hope and innovation that the underlying product itself is for.”