The Queer As Folk Reboot Is Putting Gay Actors in Gay Roles. 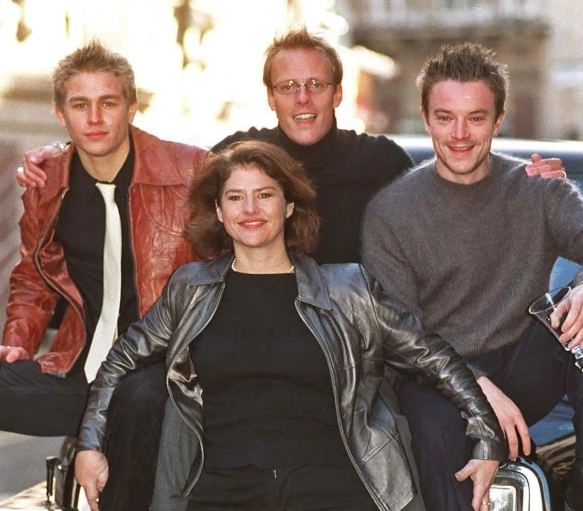 Earlier this year, the NBC-owned streaming platform Peacock announced they would be rebooting the memorable aughts-era Showtime drama about a group of gay friends living, loving, and loathing in Pittsburgh.

You may not know Grace’s name, but that’s about to change. Queer as Folk is the actor’s second major television role, and the first hasn’t even aired yet. In February, Grace was cast as the lead in a new ABC crime procedural Acts of Crime by creator Sam Esmail of Mr. Robot fame. In Queer as Folk, per Deadline’s description, Grace will play “a nonbinary professor navigating the rocky transition from punk to parenthood.”

Sibilly, who is set to play an ambitious lawyer in the reboot, is perhaps the best-known actor of the bunch. He recently appeared in several episodes of HBO Max’s Hacks and had a memorable turn as the ailing Costas in Pose. “Dreams come true,” Sibilly tweeted, in response to the news of the casting going public.

Then there’s Way, who cut his teeth on Grey’s Anatomy. Deadline refers to his Queer as Folk character as a “charming and sometimes chaotic commitment-phobe.” On Monday, Way posted on Instagram about his casting, sharing his “joy” and “gratitude.”

“This win is for the small town, biracial boy who grew up in an environment that taught him to hide who he is… you don’t ever have to hide anymore,” he wrote.

Finally, Argus rounds out the initial cast — at least for now. Last year, he starred in the Disney+ film Clouds. He will play an arrogant high schooler in Queer as Folk. On Instagram, he shared his excitement at the opportunity.

“It’s an honor and liberation to be a part of such a talented group of fellow queer people to tell our own stories,” he wrote. “Prepare ur loins girls and gays we’re coming for ya!”