No evidence to back use of Covid-19 curfews, says epidemiologist. 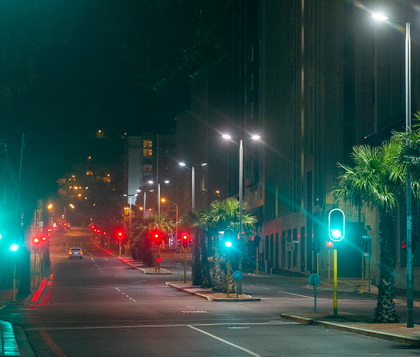 Epidemiologist Dr Jo Barnes has joined the growing chorus for the government to rethink its approach in tackling the Covid-19 pandemic, with the ’’credibility’’ of several of its decisions being questioned.

President Cyril Ramaphosa last night announced the move to lockdown level 2 and, among others, increased the curfew from 11pm to 4am and allowed the public to buy alcohol on Fridays as well.

But Barnes, from the University of Stellenbosch, believes the curfew provides little purpose in combating the coronavirus, while DA leader John Steenhuisen, among other politicians, has called for an end date for all lockdown restrictions as well as the State of Disaster.

Barnes told IOL there has never been any studies of any kind that a curfew does make a difference in reducing the number of Covid-19 infections. She would like the government to provide evidence what difference it makes having a curfew at, for example, 9 o’clock, 10 o’clock or 11 o’clock

’’A curfew produces more negatives than positives. In the absence of any data after a year and a half, I’m questioning the value of it by now.

’’The population is getting resentful and it is intrusive on ordinary life. I have a feeling that the curfew will cost more co-operation than it contributes to controlling the pandemic.’’

Barnes also questioned the government’s motives when it comes to alcohol and cigarette bans, believing it is more a case of suddenly trying to address long-standing health issues they have ignored. She said a pandemic was not the right time to try to address these issues.

’’I’m not saying that alcohol doesn’t contribute to a huge number of what we call preventable trauma cases, etcetera, but it’s another case of too little, too late. Now they wake up in the middle of a pandemic and they want to control alcohol abuse.

’’It’s the same thing with smoking. It’s never a good idea when you work with a large number of the population to try and address five ideas at the same time, you lose control of that.

’’They are causing a flourishing black market (in those sectors). It’s as if it’s just another box they have ticked, but I am questioning the wisdom and the timing of it.’’

Calling for the government to perhaps end the State of Disaster by mid-November, Steenhuisen said: ’’If President Ramaphosa does not think this is what needs to happen, he must give his and his government’s reasons why not…

’’I asked him this very question – whether there are specific conditions which must be satisfied before the State of Disaster can be lifted and, if so, what they are – almost four weeks ago on August 17 in a written parliamentary question and I am yet to receive his reply.

’’That is not good enough, particularly when government’s decisions around lockdowns and economic restrictions already have so little credibility.

’’It is also not good enough for the president to say ’as soon as everyone has been vaccinated’ when speaking of our return to normality, as we will never get to a point where everyone has had the jab.’’

PrevPreviousMan admits he made up hate crime.
Next“Free us from the shackles of labour laws”.Next