“Free us from the shackles of labour laws”. 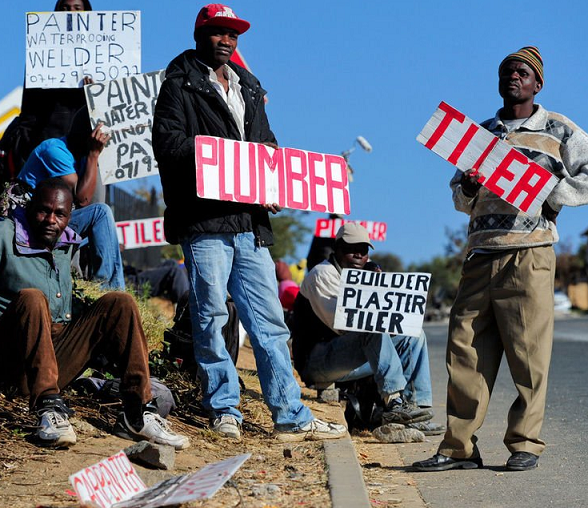 To what extent unemployment contributed to the violence in July in Kwazulu-Natal and Gauteng is difficult to determine. For its part, the African National Congress (ANC) sees no connection or doesn’t care anyway, for its policy response amounts to a collective shrug of the shoulders.

Not only has Cyril Ramaphosa said nothing to indicate any deviation from his party’s economically destructive policies, but that party is proceeding with at least two pieces of legislation that will undermine the country’s ability to generate growth and employment: derogations from constitutional property rights and increases in the power of the state to impose racial quotas on the private sector.

In the meantime, the violence in the context of high unemployment has prompted renewed calls for the introduction of a “job seekers exemption certificate”. The idea is not new. It was made as long ago as 2003 by Eustace Davie of the Free Market Foundation. But it was recently reiterated both by him and by the Langeberg Unemployed Forum.

When Mr Davie first made the call unemployment (including discouraged workers) was running at almost 8 million. In the second quarter of 2021 (before the violence) it was approaching 12 million.

Essentially the idea is that a person who has been unemployed for at least six months would be entitled to a certificate which would exempt them and their employer from labour legislation for a period of at least two years. In particular, they would be exempted from minimum wage laws.

Most of South Africa’s unemployed would qualify on the grounds that they have been out of work for longer than six months or have never had a job anyway.

PrevPreviousNo evidence to back use of Covid-19 curfews, says epidemiologist.
NextCruising has returned, but challenges remain.Next