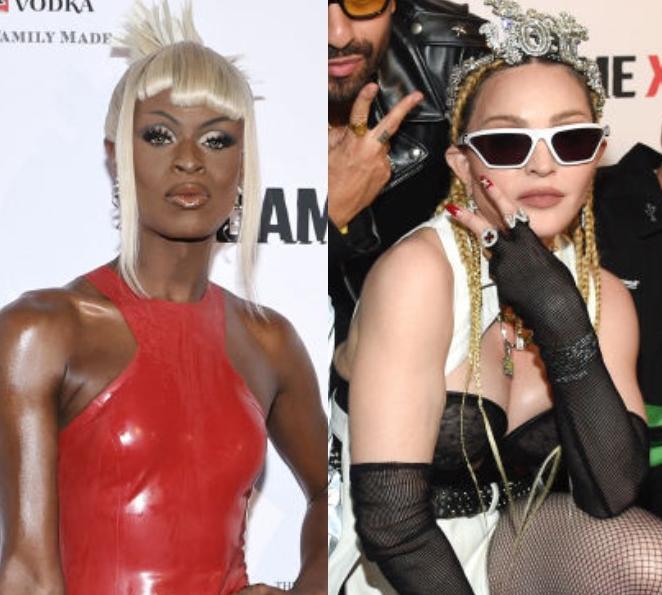 The queen of pop Madonna debuted her upcoming film Madame X at a star-studded, queer premiere.

Her Madame X documentary – which will feature performances from the tour of the same name, alongside behind-the-scenes footage – will be released on 8 October exclusively on Paramount Plus.

Fans will get the chance to see never-before-seen footage of the tour, which was plagued by injury, coronavirus and last-minute cancellations.

It will also give an intimate look at the battles Madonna had with her hip and knee injuries, which forced her to cancel several shows in the US, UK and Portugal.

The singer was said to be in “indescribable pain” throughout much of the tour, admitting: “With every song I sang, I said a prayer that I would make it to the next and get through the show.”

While on the red carpet for the premiere, Drag Race season 13 winner Symone said if she had to lipsync to one Madonna song it would be “Like A Prayer”.

She said she’d “give it to them” because “at first it’s very spiritual but then you can go off, so that’s very me”.

Below we’ve put together some of the highlights from the premiere, as well as all the info you need to stream the Madame X film.

PrevPreviousTaron Egerton and Jonathan Bailey are about to do some serious ‘C*ck’.
NextBi people have higher rates of depression and anxiety than gay or straight people.Next