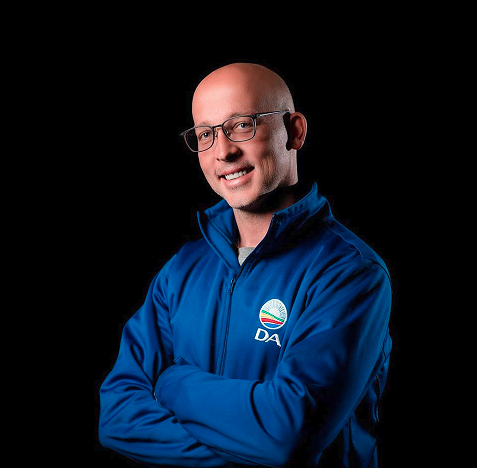 Dr. Igor Scheurkogel, a community leader charting the way in the heart of the Free State, Matjhabeng Local Municipality is taking service delivery to a whole new level in a dysfunctional and mismanaged municipality.

This has allowed residences to have semi-control over the issues they face everyday because hundreds of residents have sewage flowing in their yards, everyday a water pipe bursts, the municipality has rampant cable theft and driving on the sidewalk is seen as a norm because there are so many potholes that it is safer.

Dr. Igor Scheurkogel, who is a district municipality councilor, is currently the campaign manager for the Democratic Alliance in Matjhabeng to ensure that the town is restored to its former glory.

Dr. Igor has been with the Democratic Alliance from the start of in the 2000s and also was part of the intrim committee that was tasked to launch the DA Youth. Other than his long history with the DA he also served as DA Abroad Asia Chairperson.

Politics is not just the only thing that Dr. Scheurkogel does, he is currently the Round Table Welkom 40 Chairman and the Round Table National Inkundla Magazine Editor and Public Relations Officer.

He recently resigned as Chairperson of the Board of Mr. Gay World to take on the position of Gay World Foundation which main focus is to uplift our community and make sure that one is treated equally.

Dr. Igor heart beats for his community and the above is just a drop in the bucket of things he does on a daily basis. He still dreams of getting enough donors to start his own service delivery fleet until he is in government in his city.

PrevPreviousDrag has gone mainstream. Here’s how it continues to change the world for the better.
NextOmar Sharif Jr. bravely opens up about sexual assault.Next