Drag has gone mainstream. Here’s how it continues to change the world for the better. 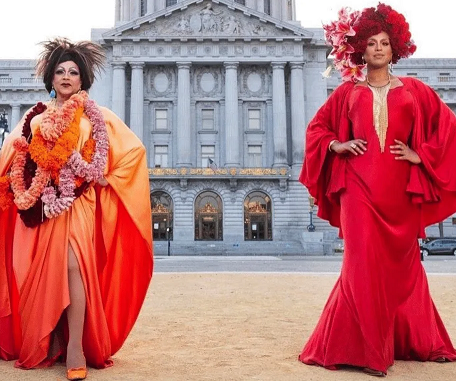 Many of today’s drag queen activists are fighting not just for their communities, but for their country, their values, and their planet.

It was a sunny August afternoon at the intersection of Turk and Taylor Streets in San Francisco’s Tenderloin district when drag queen and transgender activist Honey Mahogany took the stage to speak at the Riot Party, a celebration of the city’s trans community and its role in LGBTQ liberation.

Fifty-five years earlier, an actual riot had taken place at that same intersection: In August 1966, three years before the Stonewall uprising, drag queens, trans people and other outsiders fought back during a police raid at Gene Compton’s Cafeteria, an all-night diner that was one of the few places they could congregate.

Had they seen what was taking place more than a half-century later, those bold resisters — who were arrested en masse and loaded into paddy wagons — might not have believed their eyes: A celebration of the trans community, with a diverse crowd mingling in broad daylight at the center of the Transgender District, the first legally recognized cultural district of its kind in the world.

The small but energetic event closed out Transgender History Month, proclaimed at the start of August by San Francisco Mayor London Breed.