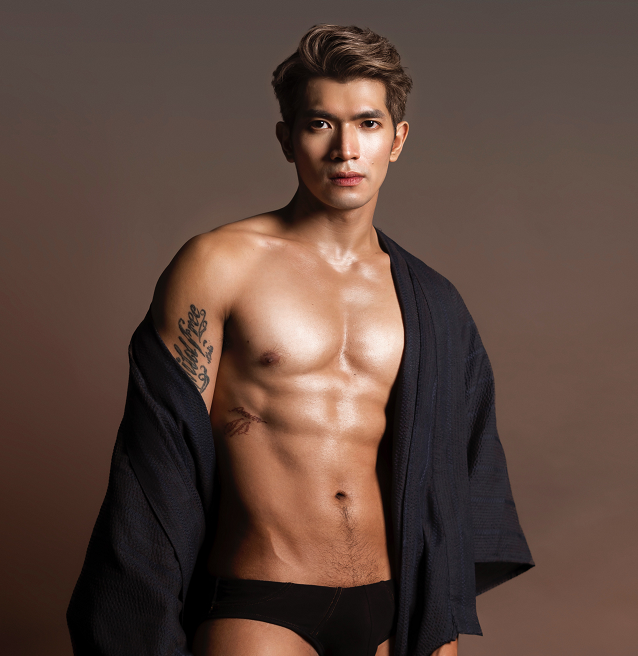 Kodie was born on New Year’s Day 1990 in Quezon City, Philippines to a Filipino-Spanish mother and full Filipino father.

He has a degree in Fine Arts and has grown a deep appreciation for arts since the age of four. He has a wide variety of fashion designs and illustrations and some beautiful paintings in his portfolio and gallery at home. Because of his passion for arts that started at a young age, he became a resident name in campus publications as an Editorial Cartoonist from elementary to college and helped drive movement to raise awareness about significant social issues through his work of art.

Kodie has been in the sales and business process outsourcing industry for over a decade and is currently an Account Manager at an international manufacturing company that provides protective solutions for the mobile devices used in the K-12 vertical for US-based clients. He used to be a trainer for new hire employees doing communication and soft skills coaching as well as in-depth process and product training to help equip new hires to be successful in performing their daily jobs.

Despite being busy with his professional work and hobby in arts, Kodie grows a massive collection of beautiful ornamental house plants in his indoor garden that he calls the “Green Dream”. His plant collection includes common to rare varieties of Philodendron, Anthurium, Calathea, Aglaonema, Epipremnum, and Syngonium. Out of coping from anxiety during the pandemic, Kodie explored his curiosity about the plantdemic and surprisingly found himself so fascinated by the exquisite beauty of plants. From one pot of Alocasia in November 2020, he presently has over two hundred pots of different plants. He was never into plants, but he found so much joy and happiness in growing them and somehow it has become his therapy in keeping himself sane during these unprecedented times. He actively shares his journey as a plant daddy in his vlogs on his YouTube channel (Kodie Macayan) and Facebook and Instagram (@greendream) where he talks about care tips and how his plants changed him to be more nurturing, patient, and loving.

Kodie is an active member of different organizations in the Philippines that reach out to local communities to extend help by making donations, charity drives, and livelihood programs. Both of his parents have been in public office for many years, and they are his inspiration behind his aim to be in the public service shortly. His vision to turn their local community into a safe space that is free from any form of rampant discrimination, shaming, and prejudice based on someone’s sexual orientation, gender identity, and expression is his motivation. He believes that for them to make a change in how LGBTQ+ members are treated by other people in their community, one has to step up to amplify their battle cry for equality, respect, and love.

He had participated in the Mr Gay World Philippines competition thrice before he finally clinched the title in February 2020. He was a runner-up in 2016 and 2017 and took a two-year hiatus to prepare himself for his victorious comeback. He had an unconventional reign in the middle of the COVID-19 pandemic, but he learned to be resilient and still worked his through many adversities to make a difference in the lives of LGBTQ+ as part of his social responsibility as Mr Gay World 2020. Today, he is the current reigning Mr Gay World 2020, and he will make the most out of his reign with his many exciting plans for the LGBTQ+ globally in collaboration with the Gay World Foundation.

He has since started a campaign on social media that he calls “Inclusivity Begins with I” that aims to bridge the gap within our community and erase that so called hierarchy that only those who meet the social norms are accepted and others are less worthy. He realized that in our long-going fight for equality, injustice, and acceptance in our modern society, we overlook the truth that among our ranks there is existing discrimination among our members. We always want equal treatment in our society but within our turf many of us are left out in the dark and failed to be recognized as a member of our group. We always create a line that differentiate others.

We are so fascinated by good looks, sexy bodies, and even perfect smiles to the point that we set a standard for all of us. At some point, we resort to bashing and pulling down people who don’t fit into the existing norm. We fail to recognize that our differences make us unique and special, which is the war-cry of LGBTQ+ embracing one’s individuality. Inclusivity must start from within, acceptance must start within ourselves regardless if your lesbian, gay, bisexual, transgender, queer, plus. We can only achieve that if we change our ways and if we change ourselves because inclusivity begins with “I”.