The Growing Crusade Against Sex, Muslim Culture, and Lesbians in India’s Ads 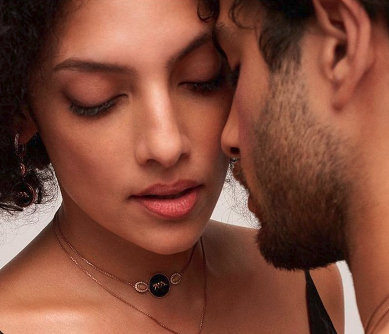 A jewellery campaign by Sabyasachi is the latest in a recent string of ad suppressions led by politicians in India’s ruling government.

India’s leading fashion designer was forced to withdraw advertisements for his latest line of wedding jewellery after he was threatened with legal action by a politician from the ruling party of Prime Minister Narendra Modi.

Mangalsutras are considered sacred ornaments in Hindu tradition and are worn by wives as symbolic representations of their marital status. Far-right Hindu quarters found the campaign offensive because of the models’ revealing apparel, the intimate nature of their poses, and the suggestion of same-sex romance.

“I am personally warning designer Sabyasachi Mukherjee, giving him a 24-hour ultimatum. If this objectionable and obscene advertisement is not withdrawn, then a case will be registered against him and legal action will be taken. The police force will be sent for action,” Modi’s minister Narottam Mishra told local press on Sunday.

In response to the outcry, Sabyasachi removed their ads and released a statement of apology on Instagram that stated: “The campaign was intended as a celebration and we are deeply saddened that it has instead offended a section of our society.”

The removal of the Mangalsutra campaign is the third in a series of informal ad censorships led by the ruling Hindu nationalistic party, which has been tightening its grip on the country’s biggest companies.

In October, Mishra issued a warning against India’s largest natural healthcare and Ayurvedic company Dabur when it released a commercial that featured a lesbian couple celebrating the Hindu festival of Karva Chauth. The company also caved to the minister’s threats and pulled the commercial to avoid legal repercussions. Commenting on the company’s withdrawal of the ad, supreme court judge DY Chandrachud said that it had to be removed due to “public intolerance.”