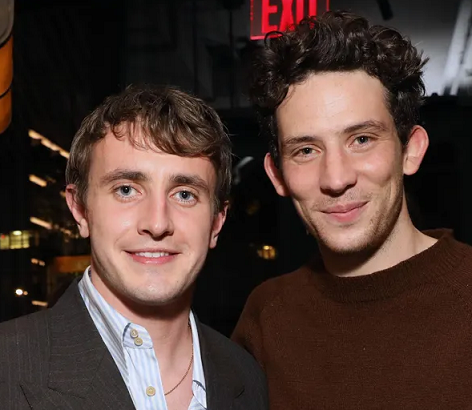 Like Brokeback Mountain before it, the drama is based on an acclaimed short story.

British hearthtrob Josh O’Connor and Irish dreamboat Paul Mescal have officially been cast in The History of Sound, a gay romance set during World War I, as Variety reports.

Based on the acclaimed short story by artist (and Jenny Slate fiancé) Ben Shattuck, the film presents a “snatched, short-lived moment” in the two young men’s lives that leaves both “deeply changed,” according to an official plot description.

O’Connor is best known for his portrayal of Prince Charles in Netflix’s The Crown, for which he earned an Emmy nod for Best Actor. Mescal took home a BAFTA for his leading role as Connell Waldron in Normal People. South African director Oliver Hermanus (Moffie) will helm the new film.

“Paul and Josh are two of the most promising actors of their generation who will share with us deeply soulful performances,” Hermanus told Variety, adding that he had fallen in love with Shattuck’s short fiction.