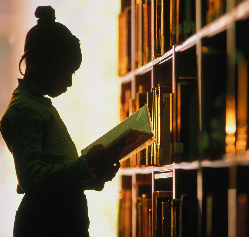 Attempts to keep books out of school libraries aren’t new, but there has been a recent increase in political challenges to literature.

These are just a few of the hundreds of books targeted for banning amid a revived movement to limit students’ access to literature about race, sex and gender and to challenge curricula that broach these topics. In October, the American Library Association’s (ALA) Office for Intellectual Freedom announced that it recorded 60 percent more challenges to books in September 2021 than it had recorded during the same month last year.

Across the country — from Florida to California — efforts to censor books and give parents more say in what their kids read have intensified. The discussion has shown up in political campaigns, as in Republican Glenn Youngkin’s campaign ad in Virginia featuring a mother who objected to her son reading Toni Morrison’s “Beloved.” Texas politicians, including Gov. Greg Abbott and state Rep. Matt Krause, plan to monitor school book collections. And in Wyoming and Washington, community members have demanded that library and school personnel be prosecuted for exposing youth to “obscene” literature.

As books for youth are increasingly scrutinized, some librarians are resisting. They’re ignoring lawmakers’ requests to compile lists of books in their libraries that touch on race, gender, and sexuality issues. They’re defending their book collection policies in the wake of legal threats, and, in some cases, they’re resigning in protest. Libraries stock a wide range of books to meet the needs of diverse readers, librarians say, and young people need to see their experiences represented in literature — all the more so if they belong to groups that have been historically overlooked in publishing.

Angie Manfredi, who has been a librarian since 2007, said that the larger implication of the book banning movement is that some individuals want all books about African-American and LGBTQ+ people removed. They don’t want their children to learn about the experiences of underrepresented groups, including their struggles for equality, she said.

The movement’s goal is to “get people scared…that their kids are reading books that say queer people have a right to exist,” Manfredi said. “People need to understand it’s not ‘How to Be an Anti-Racist,’” she continued, referring to the bestseller by Ibram X. Kendi. “It’s Black people exist. It’s not ‘This Book Is Gay’ by Juno Dawson. It’s gay people exist.”