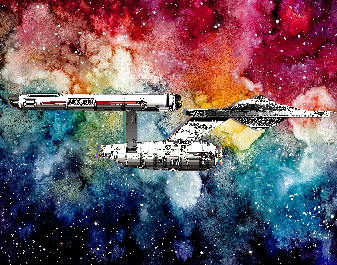 Why wouldn’t queer fans feel connected to characters that made them feel included?

That’s something a good chunk of the Star Trek fandom has been asking for years, but it’s not just some slash-fiction fantasy. It speaks to a greater sexual and gender fluidity that’s been a constant presence in Star Trek for decades, and it’s been powerful enough to inspire and influence countless queer Star Trek fans.

In Andrew Robinson’s interview with That Shelf for the Deep Space Nine retrospective documentary, What We Left Behind, he described his character, Garak’s, sexuality as, “something that can happen with anyone. And there’s Doctor Bashir… who’s a good looking young man, and I thought, it’s sexual attraction that brings [Garak] to Doctor Bashir as well as the subterfuge of being a spy.”