The War on Treatment Is Fiercer Now Than Even Covid Itself 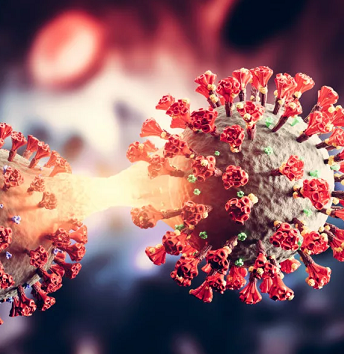 Omicron is tearing through the country, with Covid cases quadrupling and quintupling in thirty-five states from last winter’s peak. That’s the bad news, but only sort of.

The good news: For the first time in twenty-two months, experts are uttering words we haven’t heard in answer to the central question: Are we nearing the pandemic’s end?

“I think we are,” said Dr. Pierre Kory, a pulmonary and critical care specialist and president of the Front Line COVID-19 Critical Care Alliance.

“I am optimistic for this,” said Dr. Harvey Risch, a Yale epidemiologist and treatment advocate. “The more Omicron cases the better until the peak starts to turn downward.”

These two early treatment pioneers echo the sentiments of other experts, some guarded but mostly hopeful, that the highly transmissible, less-virulent Omicron may end covid as we know it.

“I’m so happy that Omicron is milder, that Omicron is winding up the pandemic,” said Dr. Mobeen Syed, known to a half-million subscribers of Drbeen Medical Lectures on YouTube.

From France, treatment advocate Dr. Christian Perronne, author of the aptly titled, Is There A Mistake They Didn’t Make?, told me, “It could be the end of the pandemic soon.”

By all indications, the U.S. and Europe—where a “west-to-east tidal wave” is unfolding—will follow the South Africa–United Kingdom model. There, Omicron rose and fell fast, obliterating the more fearsome Delta, and leading to far lower rates of hospitalization and death.

Experts are anxiously waiting for that to happen in exploding Omicron hot spots like the United States. But one certainty remains. The U.S. and first-world governments still do not want doctors to treat covid early and are doing all it can to stop them.

This article covers that ongoing problem, how to adapt to a veritable blockade on safe effective generics, and how I got around those obstacles when I got sick.

‘I Would Not Be Here’

When Dr. Mollie James was infected with covid in March of 2020, she was working in an ICU ward in New York City, the hell of the exploding pandemic. She toughed it out because that’s all there was.

When she got sick again recently, she took a menu of trial-tested generic drugs. By then, she knew early treatments that worked—essential knowledge that is denied today, not by happenstance but by one-size-fits-all vaccine mania.

Like Dr. James, I got covid in late 2021. I, too, was treated early—before the dreaded drop in blood oxygen that drives the untreated to hospitals. I did fine. Many people my age—north of sixty—have suffered greatly, and some have died because they were not treated at first symptoms.

Indeed, our two stories of vanquished covid—me vaccinated, Dr. James not—demonstrate what most of the “civilized” world does not know: Covid can be resolved with available drugs and the freedom to use them.

Dr. James believes she was infected last October while treating her brother, Nick, forty-one, whose severe infection, likely Delta, brought him to the brink. She had worried that her healthy but overweight sibling, he told me, was a “prime candidate for trouble.” At the height of his illness, Nick James could not breathe, fainted twice at home, and his sister momentarily could find no pulse.

Ultimately, it took high-dose ivermectin for ten days, hydroxychloroquine for five days, a blood thinner, intravenous vitamin C, and—the ultimate breakthrough—four days of hyperbaric oxygen treatments to turn covid around and keep him home. He returned to work as an insurance agent in Iowa the next week; she went back to her clinic.

How many other doctors, who mostly follow the mainstream dogma against such treatments, would have accomplished that, let alone tried?

“I feel like I would not be here if it wasn’t for her,” Nick James said.

Not Just a Cold

Omicron is undoubtedly different from the Delta variant that had sorely tested the early treatment portfolio. But it also can defy the fabled “just-a-cold” description that, in some cases, may not call for treatment.

“In November to late December,” Dr. Kory said, “I took my foot off the gas pedal and am now getting patients through with just the first-line treatments from our protocol—the combination of ivermectin, hydroxychloroquine, and fluvoxamine.” With Delta, “I was burning through those and using second-line medicines like dutasteride and spironolactone and even third-line medicines like prednisone in almost all patients. That last wave of Delta was dreadful.”

Another difference, Kory said: “With Omicron, I worry less about the possibility of them going into the dreaded lung phase.” Symptoms can still be significant—high fever, painful sore throat, and intense fatigue. But, he said, “I have not had to resort to second-line drugs in the last ten days.”

Other practitioners agreed. Dr. Bruce Boros, among the earliest doctors to use ivermectin, texted, “I try to get three days of ivermectin into them EARLY and they seem to perk up quickly. No hospitalizations, deaths, or vents!”

Dr. Richard Horowitz, a Lyme disease-turned-covid practitioner, treats aggressively, especially “when you’re talking about 50 percent of the people with mild or no symptoms getting long covid four weeks later.” So does Dr. Ben Marble, who runs MyFreeDoctor.com. “I OVERTREAT rather than under-treat,” he texted me.