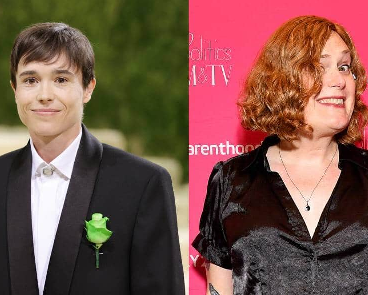 Dozens of trans advocates, including Page and Wachowski, filed an amicus brief in support of a lawsuit against Arkansas’s first-in-the-nation law.

House Bill 1570 legally prohibits medical professionals in the state from offering healthcare such as puberty blockers and hormone treatment to trans youth.

It was passed into law in April after the state’s legislature opted to override governor Asa Hutchinson’s initial veto.

As part of an ongoing lawsuit by the ACLU, 58 trans adults offered their insights in the amicus briefing on how receiving gender-affirming care including puberty blockers, surgery and other treatments has had on their lives.

Elliot Page said that he felt infinitely more creative after he had top surgery as he didn’t have to live with the “discomfort” of living with that “aspect” of his body.

“I couldn’t believe the amount of energy I had, ideas, how my imagination flourished, because the constant discomfort and pain around that aspect of my body was gone,” they said.

The Umbrella Academy star added that he valued the “moments when I connect with those who have been moved by my journey” or hearing how his work has “positively impacted” the lives of others.