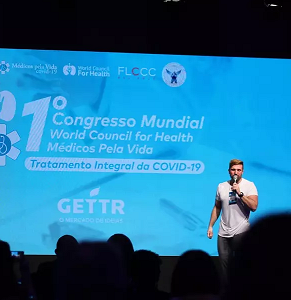 Over the weekend, after reviewing the data by three independent groups of scientists, the 68% efficacy of the preventive ivermectin against deaths caused by COVID-19 was confirmed.

The final results of the study were published in the prestigious scientific journal Cureus, based in San Francisco, USA, and with a chapter in Munich, Germany.

Cureus has two esteemed editors-in-chief in the scientific community: Dr John Adler Jr, Professor of Neurosurgery and Radiation Oncology (Emeritus) at Stanford University in California, and Dr Alexander Muacevic, the medical director of the European Radiosurgery Center in Munich, Germany and a professor at the University of Munich Hospitals.

The medical research took place in Itajaí, a port city in Santa Catarina, in the southern region of Brazil, between July and December 2020. The lead scientist of the study is the Brazilian medical doctor Lucy Kerr. Other important scientists collaborated with the scientific article and co-signed the research. Among them are Jennifer Hibberd, from the University of Toronto, Canada, Fernando Baldi, professor at the State University of São Paulo (UNESP), Dr Pierre Kory, North American medical professor and one of the world’s leading experts in intensive care, among several others.