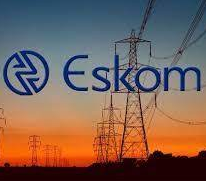 South Africa’s state-owned power utility is resuming power cuts to prevent a total collapse of the grid as its coal-fired plants remain prone to breakdowns.

Eskom Holding SOC Ltd.’s reserves of diesel, used to fuel turbines, and water at pump-storage plants have been depleted to the point where the system “wouldn’t be able to cover additional extensive losses,” the utility’s Chief Executive Officer Andre de Ruyter told reporters on Wednesday. “The prudent thing to do” is to implement power cuts to prevent a total blackout, he said.

South Africa’s economy has been hamstrung by energy shortages as Eskom struggles to address long-standing operational and financial challenges. The utility has implemented a so-called reliability maintenance program in order to make plants more dependable, but it reduces the available generation capacity because it requires units to be taken off-line.

While Eskom has a nominal generation capacity of 45,117 megawatts, about 15,000 megawatts are unavailable due to breakdowns, while another 4,435 megawatts were undergoing planned maintenance as of Wednesday, according to the utility. De Ruyter described the power grid as having a heartbeat and without supplying adequate electrons the system would experience the equivalent of cardiac arrest.

Eskom’s outlook for outages through August is for as many as 90 days of 2,000 megawatts of rotational power cuts, according to a presentation last month. The utility potentially spend 7.5 billion rand ($492 million) on diesel to run plants to meet peak demand, it said.