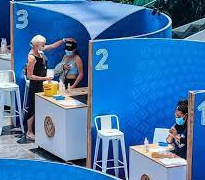 Trade union Solidarity has launched a legal challenge against the University of the Free State (UFS) over its planned mandatory Covid-19 vaccine policy for staff and students.

The union said it also plans to file several other court cases regarding mandatory vaccinations in the workplace. According to Solidarity, its first case against the Small Enterprise Employers of South Africa (SEESA) will be heard in the Labour Court in Johannesburg on 27 January.

These legal challenges are expected to act as some of the first ‘test cases’ and provide clarity around vaccine mandates in the public and business sectors.

“At the moment, the South African labour market is faced with huge uncertainty regarding whether employers may compel their employees, or even universities their students, to get vaccinated.

“As a result, we see dozens of employers exploiting this uncertainty and using it as an excuse to lay off employees without following the correct procedures,” said Solidarity chief executive Dr Dirk Hermann.

He said that the situation has been exacerbated by the government, which consistently refuses to give clear direction in this regard. “Meanwhile, we are seeing employees’ rights and livelihoods being threatened throughout South Africa. It cannot continue like this. We must obtain legal certainty.”

Solidarity said that in the last month, it has received more than 300 inquiries from its members regarding the legality of mandatory vaccination.

According to Solidarity, any form of “blanket approach” that does not take into account the unique situation of individual employees or students will be illegal and also undesirable.

“There is a huge danger in a system where the government or other institutions can make vaccinations mandatory, thereby restricting people’s rights. No state should have such power – especially not one that already has violated the trust of so many of its people,” Hermann said.

“On a practical note, we also see that compulsion is detrimental to a long-term vaccination programme. It creates resistance, and it damages trust and relationships.”

International trends also show that countries with successful vaccination programmes did not make vaccinations mandatory, especially not in the workplace, he said.

“South Africans have been kept in the dark far too long. The uncertainty is hurting our economy and our state of mind. Drastic action must be taken.”