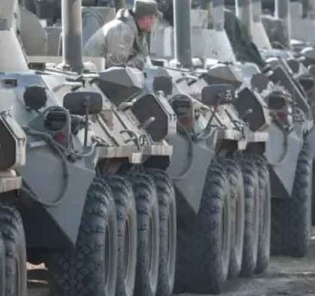 Oil prices rose late on Wednesday afternoon with Brent reaching just shy of $92 per barrel. But JPMorgan is warning that Brent crude could “easily” reach $120 per barrel—if the geopolitical conditions between Russia and Ukraine deteriorate.

The price spike of which JPMorgan is warning would likely come as a result of disrupted oil flows from Russia should the U.S. sanction it for hostile activities in Ukraine.

The warning may seem, at first glance, like a bold or even reckless prediction. However, Russia remains one of the top three oil producers in the world, producing roughly 11 million barrels of crude oil per day.

Of that, approximately half is exported—the majority of which makes its way to China.

China, however, has a history of purchasing crude oil from sanctioned nations such as Iran and Venezuela.

But even if Russian exports were just cut in half, oil prices could skyrocket to $150, JPMorgan said in a note this week.

For the Biden Administration, choosing between sanctioning Russia’s oil exports and keeping retail gasoline prices at American pumps from reaching the stratosphere seems like a no-win scenario.

Gasoline prices are already higher than the Administration—and American consumers—would like. As mid-terms loom, the ruling party will likely do everything within its power to lower—not raise—these prices at the pump.

While this would be devastating for both the Biden Administration and the American consumer, it would be equally taxing on Russia, which relies a great deal on crude oil revenue for its budget. Last year, the value of Russia’s crude oil exports totaled more than $300 million per day.

By Julianne Geiger for Oilprice.com

PrevPreviousSouthern Africa’s summer has been wetter than normal: Here’s why
NextRussell T Davies’s ‘Queer as Folk’ changed my life, it should be shown in schools as part of LGBT HistoryNext