Southern Africa’s summer has been wetter than normal: Here’s why 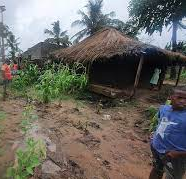 The above-average summer rainfall in the region, which has triggered widespread flooding, is owing to a La Niña event. This is how this climate cycle works, and what it means for the future.

Wetter conditions are positive for southern Africa’s rainfed agricultural activities and water reservoirs. But excessive rainfall has caused widespread flooding. This is in addition to flooding caused by tropical storm Ana, which made landfall in late January. And there is more to come: flooding is likely to occur when tropical cyclone Batsirai – currently affecting the southern Indian Ocean – makes landfall.

These unusually wet conditions are the result of a weak La Niña event since December 2021. This weather pattern typically brings above-average summer rainfall across southern Africa.