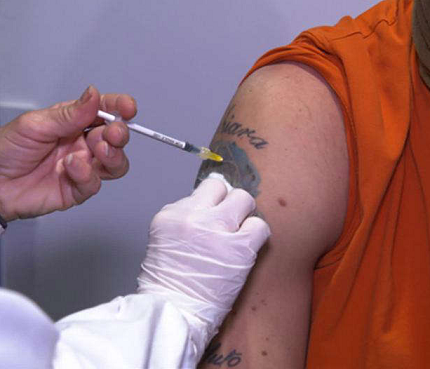 EU Economic Affairs Commissioner Paolo Gentiloni said he saw no reason for governments to introduce a general coronavirus vaccine mandate anymore, given the declining severity of the pandemic.

“The discussion about mandatory vaccination against COVID-19 had its justification months ago,” Gentiloni told the Funke Mediengruppe, an association of German dailies.

“But I don’t think now is the time to discuss mandatory vaccination.”

He noted the overall decrease in deaths and hospitalizations across the European Union.

“We are on the same path to loosening restrictions, country by country,” the commissioner said.

However, he stressed that he was not opposed to compulsory vaccinations in principle.

Gentiloni pointed to orders to vaccinate against measles and added that each government must decide this issue for itself.

Here are the latest major developments on coronavirus from around the world:

Iceland’s Prime Minister Katrin Jakobsdottir has tested positive for COVID-19, she announced on Facebook on Saturday.

“My youngest son tested positive for COVID-19 on February 1,” the prime minister said. “Since then, another member of our household has also contracted the virus, so it was no great surprise when I tested positive last night.”

The 46-year-old will isolate at home for at least five days, as per Iceland’s current guidelines.

The parliamentary leader of the conservative CDU/CSU, the largest opposition group in the German parliament, said the federal government will not find a majority for a vaccine mandate.

“(Chancellor Olaf) Scholz’s idea of a vaccination obligation for all will certainly not find a majority in the Bundestag,” Thorsten Frei of the CDU told the Bild am Sonntag newspaper.

The territory imports almost all of its food, with China being its biggest source.

“The mainland authorities and the (Hong Kong) government are working closely together to firm up the detailed arrangements to expedite the logistics of food supply for Hong Kong so as to make the supply situation resumes normal as soon as possible,” the government said.

Two of them were athletes or team members, one already within the Olympic “closed-loop” system. One of the infected persons was found among new airport arrivals.

All participants at the Games are completely separated from the general Chinese population in the Olympic closed loop. Everyone involved is tested daily.

Since January 23, 429 people have tested positive at the Beijing Winter Olympics.