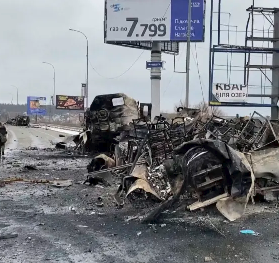 Russia sent letters to Finland and Sweden demanding that they provide security guarantees, according to the Echo of Moscow radio station, as the Nordic countries expressed interest in joining NATO and Russia’s invasion of Ukraine entered its eighth day.

The liberal aligned “Echo of Moscow” radio station was taken off the air by Russian authorities on Tuesday. The board of directors of the Echo of Moscow decided to dissolve the station and its website on Thursday morning.

The Russian demands come after surveys in both Finland and Sweden showed rising public support for joining NATO and two citizens’ initiatives calling on the Finnish government to hold a referendum on the matter or to join the alliance without a referendum reached the number of signatures needed to require parliament to discuss them.

The latest initiative stated that Finland must join NATO in order to fulfill its constitutional obligation to safeguard human rights.