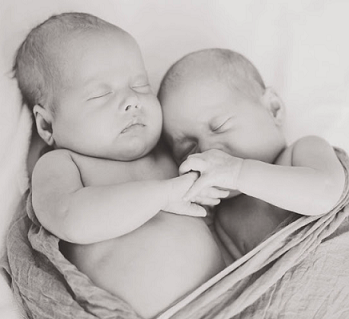 A Johannesburg couple is delighted to have played an important role in changing the country’s laws to give those in same-sex relationships full parental rights.

Being able to have full parental rights over their twin boys was a dream for the lesbian couple, but until just over a week ago, this simply wasn’t possible. However, thanks to their victorious court application, they have gone a long way towards making this happen.

The one woman’s eggs were used in the fertilisation process, but because she did not carry the children herself, she was not identified as the biological mother. Under section 40 of the Children’s Act, only the parent who bears the children is recognised as the child’s legal parent. The other partner, whether their eggs were used in the fertilisation process or not, would have to adopt the child or children.

The couple, who spoke to TimesLIVE but cannot be identified to protect the children, had gone to the high court in Pretoria asking that the law be changed. They argued that it was inconsistent with the constitution as the words “life partner” did not follow the words “spouse” and husband” in the act — effectively leaving them out in the cold.

The ruling is a victory for lesbian couples who want to have children — and the couple at the forefront of making it happen is delighted.