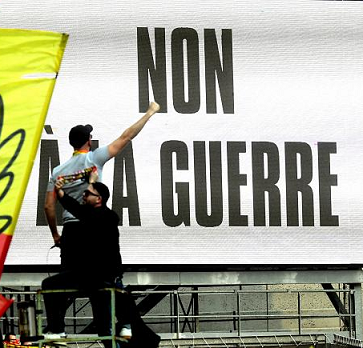 The British government has vowed to speed up processing visas for Ukrainian refugees, in response to accusations that few have been allowed to enter the UK so far.

Hundreds have arrived at the northern French port of Calais, seeking to reach the UK. London says it intends to install a visa application centre there for Ukrainian refugees, but many have reportedly been directed elsewhere.

British Home Secretary (interior minister) Priti Patel has rejected accusations from the French government that Ukrainian refugees had been turned back.

It is “wrong to say that we are only sending people back, that is absolutely not the case, we support those who came to Calais,” she told parliament on Monday. Patel added that the new visa application centre was “far from the port”, insisting on the need not to create “bottlenecks in Calais”.

“It’s only right that we have the right processes in place to screen people and protect people,” she added.

Local MP Pierre-Henri Dumont said that half of an estimated 600 Ukrainians who arrived in Calais had been forced to go to Brussels or other destinations after they were unable to reach Britain. “It’s a mess, to be clear,” he said on Tuesday.

The migration issue is at the root of long-standing tensions between London and Paris, especially since Brexit, of which border control was one of the great promises.

UK Defence Minister Ben Wallace promised on Tuesday morning that the process would be sped up. Britain, he said, had pledged to take “200,000 Ukrainians under the family scheme”, and that “under the humanitarian scheme it is unlimited”.

“The overall offer to Ukrainian refugees is vast,” he told the BBC.