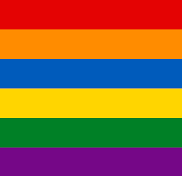 A deeply Catholic country, Poland has long been a fraught place for LGBTQ people. But in 2015, when President Andrzej Duda was elected, anti-LGBTQ sentiments increased amid hate campaigns that made queer people a national boogeyman. In 2019, nearly 100 local councils in Poland declared themselves “LGBT-free zones,” places where authorities claimed there was not “LGBT ideology.” (Three councils have since repealed that decision.)

But Lambda Warszawa, established in 1997, has been an asylum for Polish LGBTQ people — a place where those in crisis or being targeted for their gender or sexuality could find support and resources. Now, as Ukrainian refugees fleeing Russian attacks in their home country pour over the Polish border, Lambda Warszawa has expanded their scope. In addition to supporting the Polish LGBTQ community, the organization is helping LGBTQ Ukrainians as they flee to a country hostile to their rights, offering safe haven, counseling, and overarching support.

As I stepped into Lambda’s office for the first time, I saw posters that marked the connection between Polish and Ukrainian LGBTQ identity. I wondered how the past seven years of mounting anti-LGBTQ rhetoric and laws had affected this office and the people that work here. Even before the war, the union between the LGBTQ community in Ukraine and Poland was strong. There were flags and posters pinned to the walls commemorating that relationship, that had been put there long before Russia started its full-scale invasion of Ukraine.