The Ultimate Solution to Global Warming? 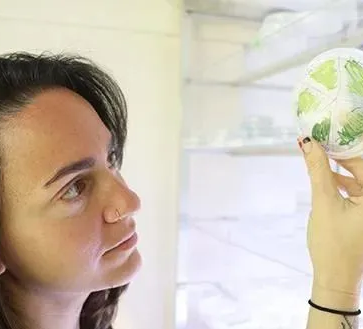 Hydrogen-powered bicycles and cars have been in serial production for years. In these vehicles, the regular polluting lithium battery has been replaced by a fuel cell that converts hydrogen, a non-polluting fuel, to electricity. Most of today’s hydrogen is, however, still produced from natural gas in a highly polluting process and is therefore referred to as gray hydrogen. Not only is natural gas a non-renewable source of energy, but it also creates carbon dioxide gas when burned, damaging our environment and contributing to global warming.

Enter a new TAU discovery, which may boost the industrial transition from using polluting gray hydrogen to environmentally friendly green hydrogen: Researchers identified a mutant of a known strain of microscopic algae that allows, for the first time, the production of green hydrogen gas via photosynthesis on a scale suited to industrial requirements. Hydrogen gas can thus be produced solely through renewable energy and in a climate-neutral manner, reducing our carbon footprint and greenhouse gas emissions dramatically to stabilize global temperatures.

Humanity’s transition to the use of green hydrogen may be the ultimate solution to the problem of global warming.