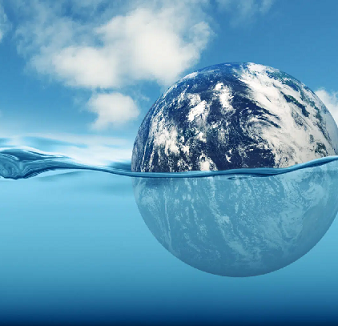 Scientists are warning that unless greenhouse gas emissions are curbed, marine biodiversity could be on track to plummet to levels not seen since the extinction of the dinosaurs.

In a paper published this week in the journal Science, the study authors modeled future marine biodiversity under projected climate scenarios and found that species such as dolphinfish would be imperiled as warming oceans decrease the ocean’s oxygen supply while increasing marine life’s metabolic demand for it.

The paper’s authors modeled future marine biodiversity under different projected climate scenarios. They found that if emissions aren’t curbed, species losses from warming and oxygen depletion alone could come to mirror the substantial impact humans already have on marine biodiversity by around 2100.

Tropical waters would experience the greatest loss of biodiversity, while polar species are at the highest risk of extinction, the authors reported.

According to senior author Curtis Deutsch, a professor of geosciences and the High Meadows Environmental Institute at Princeton University:

“Aggressive and rapid reductions in greenhouse gas emissions are critical for avoiding a major mass extinction of ocean species.”

The study found, however, that reversing greenhouse gas emissions could reduce the risk of extinction by more than 70%.

“The silver lining is that the future isn’t written in stone. The extinction magnitude that we found depends strongly on how much carbon dioxide [CO2] we emit moving forward. There’s still enough time to change the trajectory of CO2 emissions and prevent the magnitude of warming that would cause this mass extinction.”

The full study is available here.