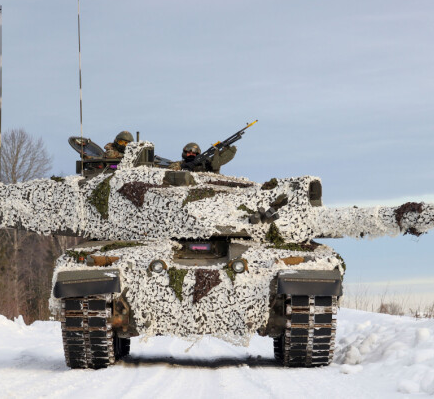 This is one of the largest deployments since the Cold War.

Around 8,000 British Army troops will take part in exercises across eastern Europe to combat Russian aggression in one of the largest deployments since the Cold War.

Dozens of tanks will be deployed to countries ranging from Finland to North Macedonia this summer under plans that have been enhanced since the invasion of Ukraine.

Defence Secretary Ben Wallace said the “show of solidarity and strength” will see UK service personnel joining with Nato allies and those from the Joint Expeditionary Force alliance, which includes Finland and Sweden, for the exercises.

The Ministry of Defence (MoD) said the action had been long planned, but that it had been enhanced since Russia invaded its neighbour in late February.

Meanwhile, a British military veteran was reported to have been killed in Ukraine while fighting Russian President Vladimir Putin’s forces.

Tributes were paid to Scott Sibley after the Foreign Office confirmed a British national had died in Ukraine and another is missing, without identifying the pair.