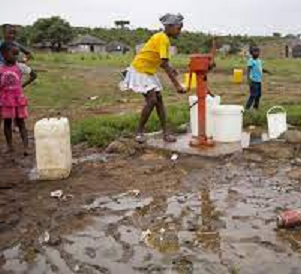 When electricity loadshedding first started, 15 years ago, when Thabo Mbeki was still president of South Africa, I wrote a blog post arguing that water would be next.

Almost a decade later, in 2015, I wrote an in-depth research article for Good Governance Africa, which was then a division of the Institute for Race Relations, entitled ‘Fixing leaky pipes and management holes’.

It was widely read and discussed, and the term ‘water shedding’ entered circulation among opposition politicians and the media around this time. Unfortunately, like my 2007 blog post, it has fallen through the cracks of the internet, and is lost to posterity.

In this article – this time with some more research heft behind it – I again pointed out that South Africa’s water reticulation system was so poor that fully a quarter of drinkable water was lost to leaks. This was two or three times the typical level of losses in countries with well-functioning water supply systems.

Water scarcity is almost always a regional phenomenon, yet there is limited infrastructure available to pipe water from wet regions to regions in deficit, when they need it. In addition, bulk water systems had failed to keep pace with the country’s growing population, and some towns already regularly ran out of water.