A ‘meteor storm’ of 1,000 shooting stars per hour may light up the skies over North America next week 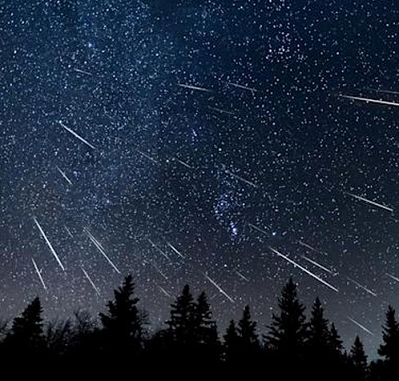 The Tau Herculids could bring up a meteor storm, but there’s a good chance it won’t happen at all.

Ready to embrace some meteoric uncertainty?

The Tau Herculids meteor shower may light up the skies over North America on May 30 and 31. Or it may not. There’s a chance we might pass through the thickest part of the comet fragment that is creating the debris, in which case the night skies will be filled with shooting stars.

If the shower happens in the right way, it could lead to a spectacular “meteor storm,” in which Earth passes through an especially thick forest of space rocks, leading to up to 1,000 shooting stars per hour, according to the Washington Post (opens in new tab). And as a bonus, the moon will be new and the radiant, or apparent direction of the shower, is in the high-up constellation of Hercules in the northern sky. This means there will be a minimum of natural light pollution to contend with when looking for shooting stars.

But the sky show is not a guarantee, NASA cautioned. If the comet that spawned the storm has debris traveling slower than 220 mph (321 km/h), “then nothing will make it to Earth and there will be no meteors from this comet,” Bill Cooke, who leads NASA’s meteoroid environment office at Marshall Space Flight Center in Huntsville, Alabama, said in a recent agency blog post (opens in new tab).