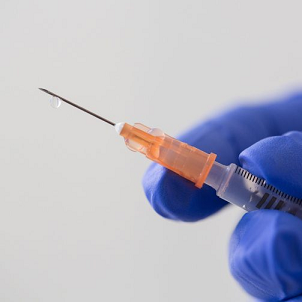 “Anti-progressive”, “instigating terrorism”, “sabotage” and “forcing government to waste resources” – this is how groups opposed to government’s proposed health regulations are characterised in internal emails floating around the Department of Health.

The emails were discovered during a court process initiated by public participation group DearSA, which received more than 300 000 comments from South Africans on proposed changes to health regulations that would arm the state with unprecedented powers to contain future outbreaks of ‘notifiable diseases’ such as Yellow Fever, Smallpox and Covid.

Under the proposed regulations, the government plans to award itself vast powers to forcibly test for notifiable diseases, impose mask mandates and forcibly quarantine South Africans at the order of a doctor, nurse or law enforcement official.

Of the more than 300 000 comments on these regulations received by DearSA, 95% were against them.

Four groups are named as engaged in ‘sabotage, instigating chaos or terrorism against the state’, according to the discovered emails.

“These groups are anti-progressive and are just forcing government to waste resources going through the same responses or submissions,” reads one email.

The four groups named are purportedly AfriForum, DearSA, Liberty Fighters Network and Action 4 Freedom, all of which are involved in a legal battles with government over the health regulations.

DearSA filed papers in the North Gauteng High Court on 9 May to interdict the government from introducing health regulations without public comment.

This was after it extended the period for public comment of draft health regulations to 5 July, but at the same time made permanent certain regulations under the National Health Act.

It was in the process of discovering documents in that court case that the departmental emails came to light.

“These emails clearly represent the views of a tiny rogue minority within the Department of Health, as we have very good relationships with Parliament because of the work we do in engaging the public in the legislative process, as is required by the Constitution,” says DearSA project manager Rob Hutchinson.

Hutchinson says the emails show “a level of contempt for the public, and a complete disregard for the Constitutional obligation on government to foster public participation and listen to the views of the public”.

Perhaps even more alarming is another revelation in the emails, explaining how the Department of Health simply dismisses hundreds of thousands of comments for not being specific enough.