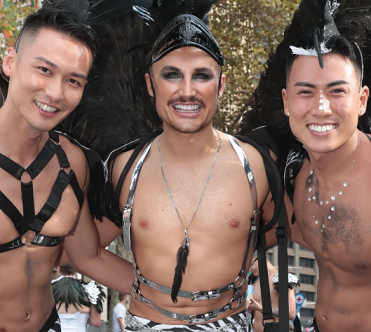 In 2018 Sydney Gay and Lesbian Mardi Gras (SGLMG) and the NSW Police signed an Accord that allows police to conduct public decency inspections of all participants prior to the start of the annual pride parade.

SGLMG is in the process of conducting a review of these Accords and is hoping to have a final version in the months ahead.

According to the language in the Accord, the police are able to conduct a “visual inspection of those intending to take part in the Mardi Gras Parade so as to ensure that public decency is not offended.”

The Police Accord does not specifically state what is meant by “ensure that public decency is not offended.”

The Accord only states that prior to the parade SGLMG and NSW Police will “consult with one another as to the standards of decency for participants.”

It goes on to say that if a person does not meet this standard “they will be given the opportunity to rectify the issue prior to the commencement of the event.”

NSW already has a law against public indecency, which states, “A person shall not, in or within view from a public place or a school, wilfully and obscenely expose his or her person.”

PrevPreviousThe power of music on the human brain
NextThe Sandman Season One Review: Bring me a dreamNext