Another Amazon acquisition brings us closer to the death of privacy 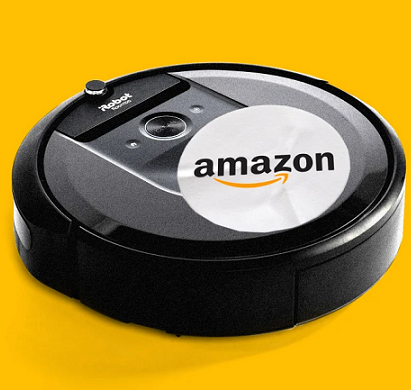 It is always a mistake to give up our privacy in exchange for convenience.

Amazon announced its plans to acquire iRobot, maker of the popular Roomba robotic vacuums, just weeks after the company announced it was acquiring One Medical, a tech-forward concierge medical company.

With the acquisition of companies that provide personal services, such as medical or in-home cleaning devices, for example, Amazon stands to obtain massive amounts of personal data, a valuable commodity in today’s climate. The scary part is that our current laws do not protect us from the compounded privacy risks that arise when corporate behemoths own so much of our personal information.

In just under three decades, Amazon has grown from a scrappy e-commerce startup to a multifaceted corporate goliath. In addition to the e-commerce business that first launched Amazon into the tech stratosphere, Amazon now owns a number of subsidiaries, including Amazon Web Services, Ring and Whole Foods. From a privacy standpoint, this means that Amazon already has direct access to vast quantities of consumer data, from your Whole Foods shopping history to your Amazon Prime watchlist to raw video fed directly from Ring cameras installed on your (or your neighbor’s) front door.