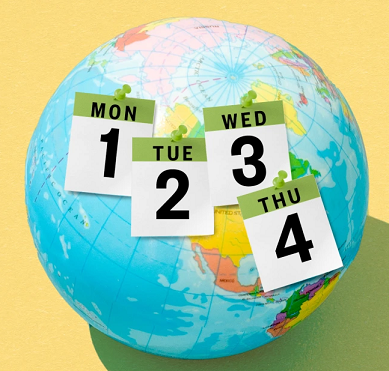 A new report underscores how the four-day workweek could help reduce carbon emissions.

Compressing the workweek from five days to four days would dramatically improve the quality of life of workers while incentivizing them to get roughly the same amount of work done more efficiently. That’s the standard argument for the idea, and it’s one that’s gaining increasing traction around the world as companies and governments experiment with shorter weeks through pilot programs.

But what’s less commonly explored is how a four-day workweek could be good for the Earth. A fascinating new Washington Post analysis rounds up data suggesting that, if properly executed, a shorter workweek could also help reduce carbon emissions in substantial ways.

The Post report cites data from the University of Massachusetts Amherst’s Political Economy Research Institute showing that a 10% reduction in work hours could result in “drops in ecological footprint, carbon footprint and carbon dioxide emissions by 12.1%, 14.6% and 4.2%, respectively.”

But critically, a shorter workweek would only meaningfully reduce emissions if coupled with a broader societal awareness of the need to use the extra time in a way that is friendly to the environment. I reached out to Juliet Schor, an economist and sociologist at Boston College who studies work, consumption and climate change, and asked her how a shorter workweek could be used effectively to reduce carbon emissions.